During the time of forming and launching Game products, Dragon Pool and DP-NFT have always been in the spirit of creating a fair competitive playing field for Gamers – Investors. To continue to maintain its position in the Game industry in particular and the Blockchain ecosystem in general, Gragon Pool continues to launch a Beta version and open the  Airdrop phase 2 program to thank investors for their support and companionship. 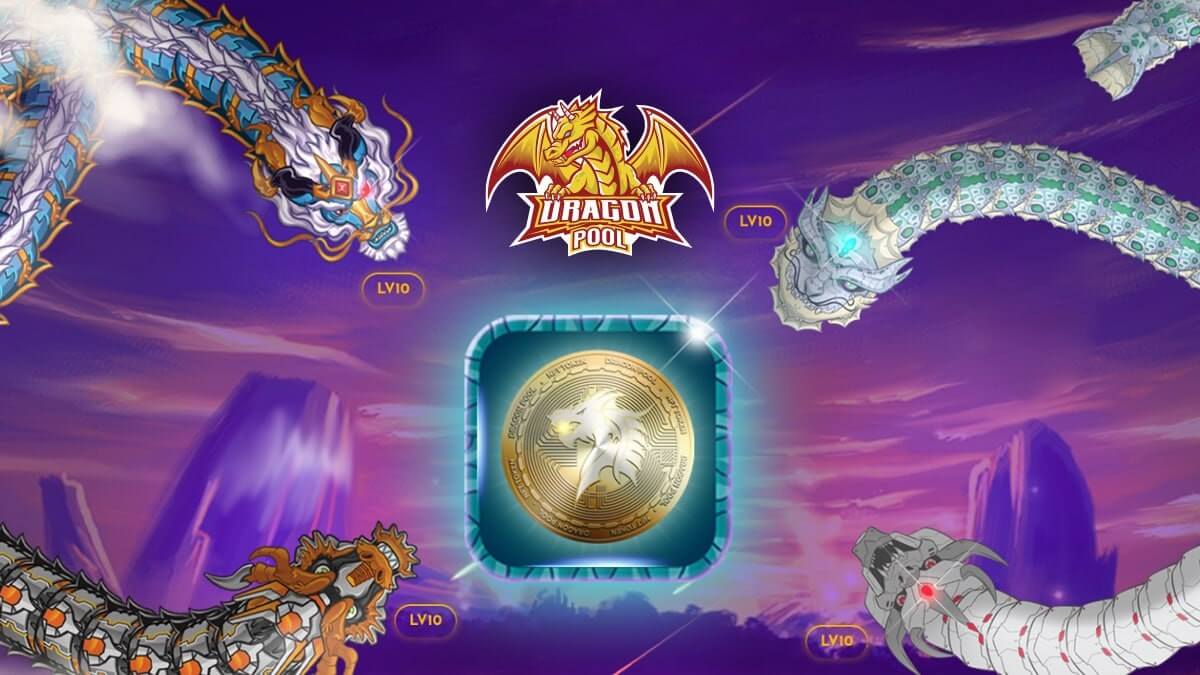 Although launched later, with the competitive advantage in iterms of low risk and low initial investment, we are confident that Dragon Pool will create a new “wave” in the field of Blockchain Gaming. At the same time, it shows that the player can assert his worth through skill, ingenuity and sound strategy thereby bringing profit to the player. In addition, development team is constantly improving to balance the game as much as possible.

Dragon Pool is a new implementation based on the same formula, with several new highly desirable features. Most significantly, it makes use of the BEP20 protocol offered by BSC to create its own Token known as DP-NFT.

– With only a low starting cost from only $6 you can enter the game room to hunt for food and earn several Thousand dollars if you have a good strategy and protect your Dragon from death;

Dragon Pool is a complete DeFi game platform, by providing a rich and diverse game experience, supporting Play to earn players, thereby creating a strong attraction, building a large gaming community. All activities in the game revolve around the purpose of collecting DP-NFT tokens

Dragons will have different rarity, the greater the rarity, the higher the value. Limited number of eggs only 20,000 for phase 1.

There are rare Dragons, hundreds of years old. If the egg you bought hatches, then you are indeed a very lucky person.

Developed from NFT like other Token trading markets, in Dragon Pool Game you can also participate in markets with other players.

In there, you can use your Tokens to make transactions like buying other players’ dragons.

In addition, you can also sell your own dragons to the market for others to buy at a reasonable price.

The road to becoming a real dragon trainer has never been easy, your task is to train your dragon to fight every day, equipping more items available in the Marketplace to increase the advantage to earn more DP- NFT tokens.

Officially launched in November, 2021 has attracted thousands of Investors, Gamers on the multinational ecosystem to participate, more notably after successfully listing on PancakeSwap, Dragon Pool has achieved certain achievements in a short time, such as: 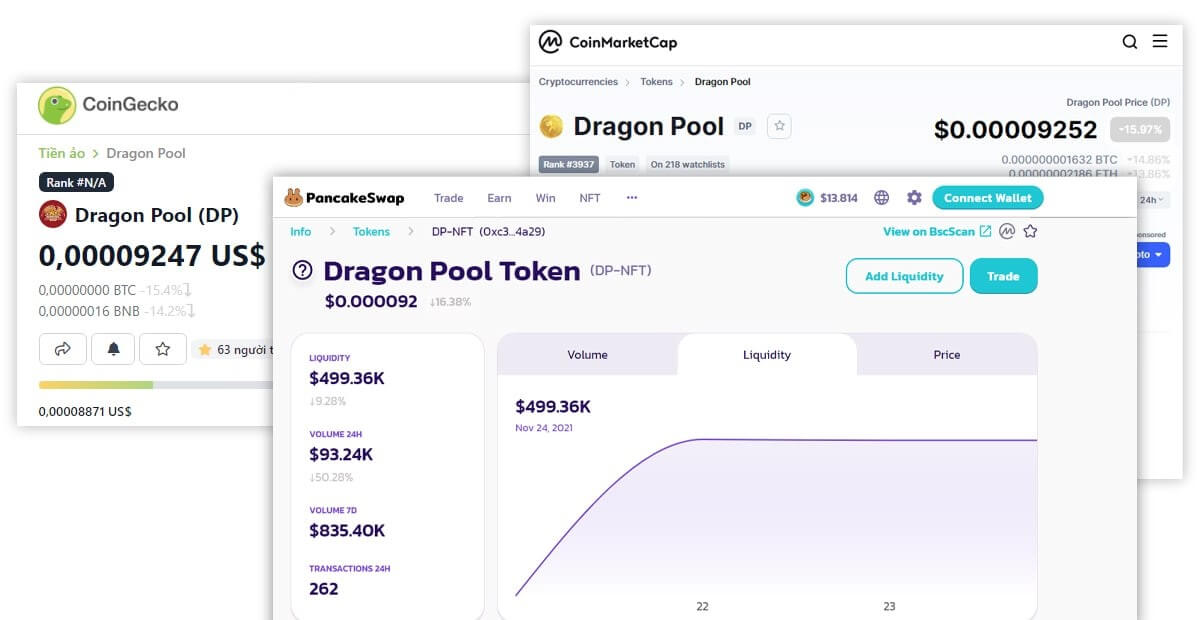 Our team is constantly improving and providing the best experience for Gamers – Investors, at present Development Team will officially launch a Beta Game Version for the community to try out and especially ANYONE can participate.

Dragon Pool has a mission to bring the most genuine value not only in terms of material but also in spirit for users to have a moment of “relaxing and earning money”. 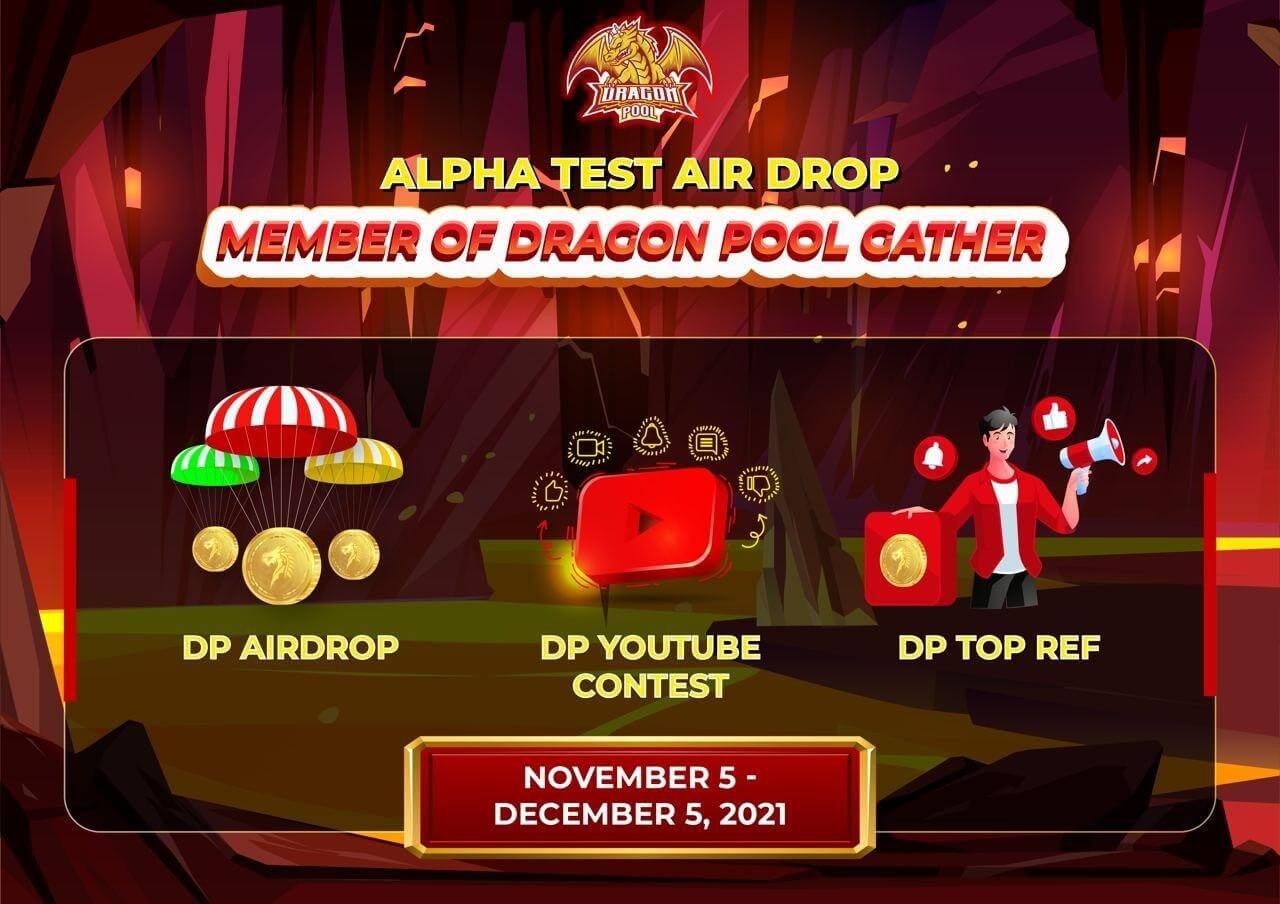 In addition, there are commensurate rewards for the leaders, those who promote to the community, their friends to find the score for the referrer with very attractive prizes.

This helps promote to the wider community, thereby attracting many interested players and investors, increasing the value of the DP-NFT token.

People’s social life is developing day by day, blockchain technology is gradually being applied in many fields, marking the outstanding evolution of the new era, at the same time, the entertainment demand is increasing at an “overwhelming” speed, as evidenced by the “craze” of the NFT Game industry. Dragon Pool captures the trend of modern Investors Co-creating a fair playing field and recognizing the value of players’ intelligence and efforts through DP-NFT tokens. We believe, Dragon Pool will bring full Play-to-Earn belief to smart users.

Disclaimer: This is a sponsored press release, and is for informational purposes only. It does not reflect the views of Crypto Daily, nor is it intended to be used as legal, tax, investment, or financial advice

xHashtag Intends to Bring a Billion Users to The Blockchain World

IS THE MARKET CRASHING? WHAT HAPPENED & WHY DID…

This Is Where DogeCoin Price Is Heading This Snow…

Floki Inu To Feature Its Logo On S.S.C. Napoli’s…

xHashtag Intends to Bring a Billion Users to The…

What Happened To ADA Price? Is Nothing Been Built On…